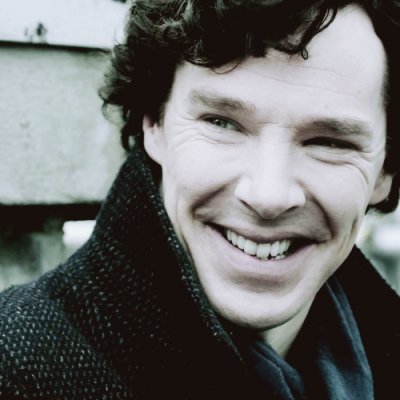 Everybody loves the sound of a British accent. That's why British television shows are so much fun to watch. Here are a few shows you should watch if you're obsessed with British boys:

This is one of the greatest television shows of all time. Even if you've never read the short stories by Arthur Conan Doyle, you're going to love seeing the greatest detective alive in action.

You have a least one friend who's obsessed with this show, and there's a perfectly good reason for it. It's been on for years, and it's just as entertaining now as it was when it first aired.

This show can be pretty hysterical at times, but at other times, it can be downright depressing. It's about a girl who just got out of a psychiatric hospital after trying to commit suicide.

This is a classic show that you've probably heard about before. It's about a hotel owner that always finds himself in ridiculous situations.

If you've already seen Sherlock, and fell in love with Andrew Scott, then you should check out this show. It'll let you see a brand new side of the talented actor.

Everyone has been talking about this show for years. You might as well watch an episode to see what the hype is about.

7. The Big Fat Quiz of the Year

This is a hysterical quiz show that comes on once every year. It requires three teams of celebrities to answer questions about the events that went on during the year.

This is an American talk show, but it's hosted by a British boy. In fact, he has a lot of British stars on the show, like Adele and the boys from One Direction.

This show is about six best friends who are all searching to find love. If you're single at the moment, then it's something you can probably relate to.

According to IMDB, this is a show about "A group of young offenders doing community service [who] get struck by lightning during a storm, and begin to develop superpowers."

If you're interested in the supernatural, then you should try watching this show. It's about a ghost, a werewolf, and a vampire sharing a house.

There's an American version of this television show which is amazing, but the British version is the original. Try to watch it!

This is a show about a woman who shares a home with her boyfriend and her gay best friend.

This is another show that has an American version. However, most people say that the British version is way better.

"A gangster family epic set in 1919 Birmingham, England and centered on a gang who sew razor blades in the peaks of their caps, and their fierce boss Tommy Shelby, who means to move up in the world."

16. The Great British Bake off

If you enjoy cooking, then you should check out this show. It'll make you hungry!

This is about exactly what you think it's about--a young sorcerer.

Now you can find a new Brit to crush on! What's your favorite show with hot British boys?