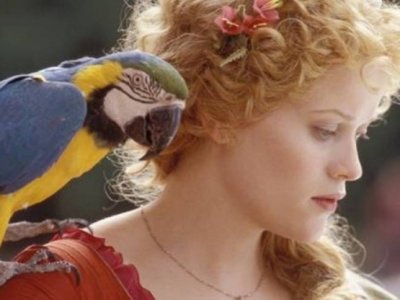 East Is East is one of my favorite underrated British movies. Basically, in the '50s and '60s, we invited some of our ex-colonial brothers and sisters to come and live here in Britain. This meant some serious cultural re-adjustments as they adapted to life here. That must’ve been hard, we can be bizarre at the best of times. East Is East is the story of a group of Asian men pretty much either refusing or struggling to do just that. It is extremely comical!

This Is England is one of our independent film classics. It’s set in the 1980s, and it explores a murkier side of our history. Like a lot of developed countries, we had a punk and ska wave in England! This Is England follows the story of one young (and I mean SERIOUSLY young) man coming to terms with the unemployed world around him. It’ll make you laugh and cry, but it is worth a watch. If you enjoy it, try to watch This Is England '86 and This Is England '88, which are the massively popular TV series that followed the movie.

I have a fair few American friends who love this film, so I am certain you’ll all love it! The Fully Monty is another late '80s/early '90s classic. Unlike This Is England, the men who find themselves unemployed decide to take a comical approach to resolving the problem: they stage their own strip night. This is less Magic Mike, and more Step Brothers on the sexiness scale, but it is absolutely hilarious. It’s all in a northern dialect, so some of the words are a bit odd. To get you started, “nowt” means “nothing.”

I don’t know about the rest of the world, but our teenagers are horrible here. They sulk, they cause drama, and they are downright awful to their parents at times. Kevin & Perry pretty much sum up teenagers in Britain. In this movie, they are attempting to lose their virginity in Ibiza, with hilarious consequences.

Vanity Fair is one of those few movies based on a book that has led to me preferring the movie. No offense to William Makepeace Thackeray, but his writing is too OTT for my liking! Reese Witherspoon plays the role of Becky Sharpe just brilliantly. I have always loved a good film based on a social climber, and this one is fab!

I am sure every underappreciated wife or girlfriend could empathise with Shirley Valentine. Her husband doesn’t appreciate her efforts, she does the same thing every day, and sometimes she is so lonely she talks to the wall. So what does Shirley do? She packs her things and flies off to a Greek island, and doesn’t come back! It’s a bit of a dry comedy, but very funny.

Before Keira Knightley was pouting her way through every period movie out there and Jonathan Rhys Meyers began being a sexy Henry VIII, there was Bend It Like Beckham. This film is all about women’s soccer, and it is seriously heart-warming. I hear a lot of people mock this film. I simply can’t stand for that, because I think it is amazing!

There were one or two other films I wanted to feature in this list. Twin Town is hilarious, and Brick Lane is a challenging yet enlightening watch. Most of these films step away from the whole royal theme, but they are very entertaining! If there is a British film you enjoy, what is it?