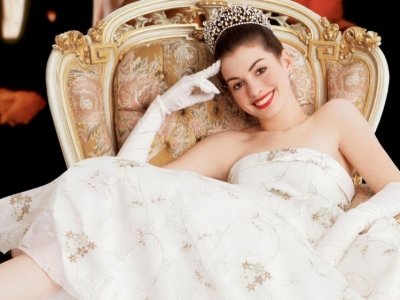 Beauty & the Beast is one of those Disney love stories that receives a little criticism. That aside, it is a story I will always love. I love how Belle doesn’t give in to Gaston, kicks ass for her dad, and turns the beast into a prince. As a kid, I used to hide behind the sofa when the poor beast was about to fall off the roof!

Tangled is my daughter’s favorite movie! I have to say, it is a unique and delightful twist on Rapunzel. Rapunzel and Eugene’s story is one of my favorites, because it isn’t textbook gushy romance. It also sort of makes me want to live in the countryside!

Simba and Nala, I just love the way they blossom from being childhood friends to life partners! They have the sort of romance I have always loved: they can goof around with each other, fall out, and everything is still okay. The Lion King is also one of the saddest Disney films. The fact that Simba and Nala can fall in love just perks me up at the end.

Who doesn’t love a good 1950s classic? Cinderella is incredibly traditional, but it is such a fairytale romance I just couldn’t avoid the story! It has the cute little animals, the guy who saves the girl, and in the later stories the girl even makes friends with her mean stepsisters. It is so sickeningly nice, the niceness isn’t even irritating!

How does Disney manage to make a romance between animals seem so enviable? I think The Aristocats has a hidden edge, because it is set in Paris, and no city is more romantic than Paris. Duchess and Thomas O’Malley come together to overcome the nasty butler who is trying to rid his employer of the cats. My favorite part of the film isn’t even the romance, it’s when the cats all sing together!

Jasmine is hands down my favorite Disney princess. I just love how she refuses to give up her love for someone who isn’t worth loving! Then she uses her seductive charms to trick Jafar; you go, Jasmine! Robin Williams playing the Genie also helps! In my opinion, nobody could play the Genie better.

I still need to read the book that this film was based on. I love Mia to the end of the earth and back. She is absolutely tragically uncool, and that is okay. Even though she does the whole emerging into a gorgeous girl thing, I still love her. I didn’t realise this until today, but Whitney Houston produced this film! You can tell, it is amazing. Anyway, on the love story, falling in love with Michael Moscovitz was the best thing Mia ever did. I still need to get around to watching the sequel to see how that works out…

There are literally dozens of Disney films. Most of them feature some love story or another, in multiple forms. Some are empowering, some are sickly sweet, and others are a tad bizarre. If you have a favorite Disney love story, what is it?