7 Movies That Turned into Musicals ... 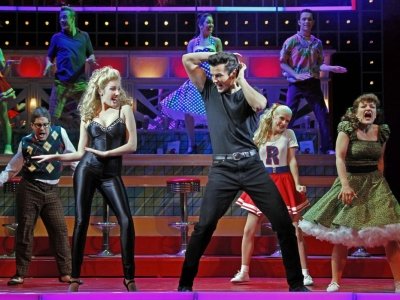 The Lion King, in my opinion, was destined for greatness on Broadway. It is flamboyant by nature, which means it is well equipped to survive the movies that turned into musicals transition. Every time I go to London I have intentions of seeing it, but never quite manage it. Later this year it will be staged at a city closer to me, so I have no more excuses!

2 Beauty and the Beast

Beauty and the Beast On Tour has received rave reviews worldwide. It’s hard to imagine many Disney classics that wouldn’t work as a musical, but this is another one that was always bound to succeed! Surprisingly, the producers succeed in making sure the Beast continues to look beast-like. If I were at all musically talented, I’d be aiming to play Belle. What a role!

I know it was made decades before my time, but I will never stop loving Grease as a musical. Unfortunately, plenty of theatre producers have butchered this one, so you really do need to choose where you watch it carefully. Most of the time, you can count on Broadway or a production in the theatres of another major city for a good adaptation.

I was always a bit dubious about Dirty Dancing becoming a musical. As a film, it revolves around music (as dancing tends to do), but there were scenes I thought they wouldn’t manage. Like the scene where Baby runs into Johnny’s arms! Apparently it is fabulous though, so I’ll continue trusting the judgement of reviewers.

Billy Elliot has to be one of my favorite films of all time. As someone who grew up in the North of England, I’m very much drawn to anything that features it. As you probably know, it tells the story of a young boy combating his dad’s masculine dreams for him by becoming a ballet dancer. This all takes place during the hyper-macho age of the miners’ strikes, so there’s some poignant historical stories on the go here.

Who doesn’t love Elf? It’s utterly ridiculous—as most things involving Will Ferrell are—but just so heart-warming it blows many other holiday moves out of the water. Obviously it only shows around the festive period. If you want to get your hands on tickets, you have to sign up to the production’s website for updates.

7 Catch Me if You Can

Much like Dirty Dancing, I was dubious as to whether Catch Me if You Can would make a great musical. But when you think about it, the sheer drama of it all and the scope for great songs make it perfect musical material! It spans through some amazing eras, making the sound selection awesome! Looking at some of the images from the show, it really is spectacular.

Movies won’t always turn into musicals and remain successful. But then, even those that are terrible can make us smile. It’s no easy feat, so production teams and stars that manage it deserve a huge round of applause! If there is an adaptation you love, what is it?