Add These 7 Exciting Movies to Your Netflix Queue ... 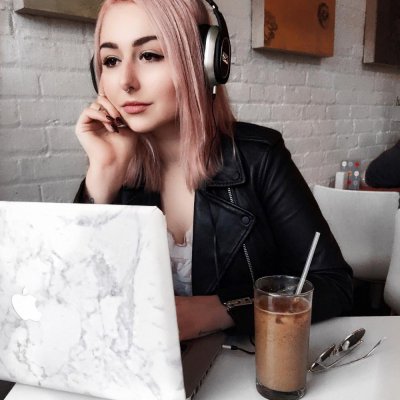 If you believe in signs, fate, and “serendipity” this is a movie that you absolutely need to see. It feels magical, and even though it’s somewhat unbelievable, it will make you so happy. It’s just one of those movies that will make you feel great, no matter what mood you’re in!

Although I haven’t seen this movie in years, it’s such a feel-good movie that you must watch it while it’s on Netflix. After Jane is dumped, she sets out to find the reason why. It turns into a column that completely takes over pop culture. Everyone’s talking about it, and drama only ensues from there. It’s a light romantic comedy that’s sure to make you smile!

If you haven’t seen Bridget Jones’s Diary, I’m not sure what planet you were living on. It’s essentially Jane Austen’s Pride and Prejudice but updated for today, and if you haven’t seen it yet, you will surely love it. You’ll relate to the characters, fall in love with them a little bit, and maybe get a little angry, but overall, it’s a romantic comedy that you need to see!

It’s rare that a movie tackles mental health and does it well, and this movie is one of those few. It’s been nominated for so many awards, won a lot of them, and has already become a classic. Bradley Cooper and Jennifer Lawrence give amazing performances in this movie, and if you haven’t seen it yet, it’s one that you won’t forget.

If you love Adrian Grenier, you will love this movie. He plays a young teenager alongside Melissa Joan Hart, and the late 90s nostalgia it will give you is out of this world. They play two old friends in high school who reconnect due to forced circumstances. It’s a fun romantic comedy that’s sure to get you hooked!

13 Going on 30 is one of the best romantic comedies from the early aughts. In it, Jenna Rink is a 13-year-old girl who doesn’t love her life. On her 13th birthday, she wishes to be 30, flirty, and thriving, and much to her dismay, she gets her wish. Her life turned out nothing like she hoped it to because she lost her best friend. I won’t spoil the ending, but let’s just say that she does find her way back!

7 While You Were Sleeping

While You Were Sleeping stars Sandra Bullock as a woman who’s a little bit crazy about a guy she sees from a distance every day. When she sees him get hurt and fall into a coma, she tells the doctors and his family that she’s his fiancé, despite the fact that they’ve never really spoken. Chaos ensues, but like all good romantic comedies, things find a way to work themselves out in the end, but it may not be in the way you expected!

What’s your favorite movie on Netflix? Let me know in the comments what I should add to my Netflix queue!