7 Movies You Should Watch with Your Mama on Mothers Day ... 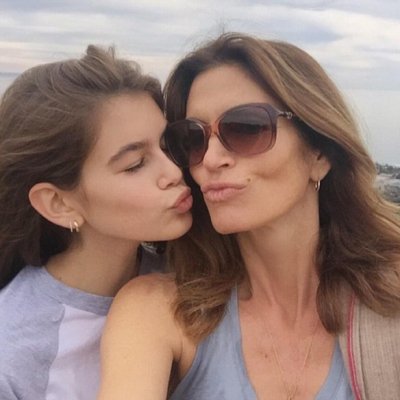 You can't just throw a gift at your mother on Sunday and expect her to be happy. You should actually spend some time with her, too. If you can't think of anything fun to do, then you should relax on the couch in your pajamas and watch a movie together. Here are a few of the best ones to watch with your mama on mother's day:

Can you imagine what it would be like to trade places with your mother? Probably not. That's why you should watch this movie, which involves a mother and daughter swapping lives. The film has hot actors from back in the day like Lindsay Lohan, Jamie Lee Curtis, and even Chad Michael Murray. Don't you miss watching them?

This movie is in theaters right now, which means you could see it on the big screen. Why should you get tickets? Well, there are huge stars in it, like Jennifer Aniston, Shay Mitchell, Julia Roberts, and Kate Hudson. Besides, what better movie is there to watch with your mother on Mother's Day than a movie named after the holiday?

This movie is about "a terminally ill woman [who] has to settle on her former husband's new lover, who will be their children's stepmother." It stars Julia Roberts and Susan Sarandon, so you know it's worth watching. But you should get your tissues out, because it's going to be a tearjerker.

This famous film involves topnotch actors like Amanda Seyfried, Pierce Brosnan, and Meryl Streep. It's "the story of a bride-to-be trying to find her real father told using hit songs by the popular '70s group ABBA." Even if you're not a fan of the band now, you're going to be after you finish watching the film. The songs are so catchy that they'll stay stuck in your head all day.

This movie isn't about a mother and daughter, but it is about a mother and son, which is just as good. Plus, Seth Rogan is in it, so you know it's bound to be hysterical. He's someone that moms can enjoy just as much as daughters can. According to IMDB, it's about an inventor who "is about to embark on the road trip of a lifetime, [but] a quick stop at his mom's house turns into an unexpected cross-country voyage with her along for the ride."

Sometimes, families have problems. It happens. There's no way around it, which is why you shouldn't feel bad if you have your ups and downs with your mother. That's why you should watch this movie. It "follows hard-to-please Aurora looking for love and her daughter's family problems."

If you didn't grow up with a father figure, and were raised by your strong mother, then you should definitely watch this movie. It's about five single moms who band together to become even stronger than ever before.

Now, you have a few movie ideas for Mother's Day! After you give her your gifts, you can sit her down on the couch, pop some popcorn, and put on one of these films for her to enjoy. What's your favorite movie to watch with your mom?