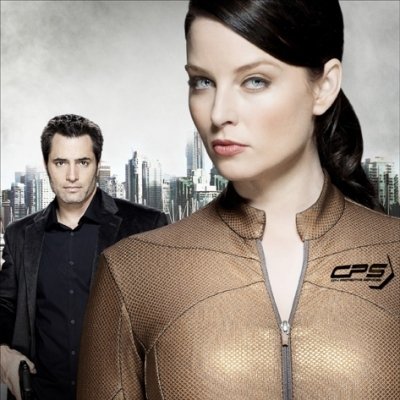 There are so many fantastic reasons to watch Continuum. I actually found out about it because Netflix had suggested it to me after I finished watching a similar series. I usually don't watch suggestions but this time I did, and I was hooked! I don't want to give too much away but all I will say is that the show revolves around time-traveling; how fascinating is that? Check out some of the reasons to watch Continuum.

One of the main reasons to watch Continuum is the fact that it's of the sci-fi genre. I don't know about you but I find those type of things to be so cool! Sci-fi allows TV shows to push the boundaries of their creativity and create situations like these. I'd say Continuum is easily one of the best sci-fi shows that's out right now! If you give the show a try, I know you'll feel the exact same way.

The leading lady of the show, Keira Cameron, is one of the most badass women I've seen in a series. She does whatever she has to do and sticks up for everything she believes in. I love when women are powerful like that! Throughout the seasons, you'll be rooting for Keira to succeed and you'll feel for her through everything.

Drama, drama, drama. That's what keeps everyone coming back for more, right? This show has some major plot twists and crazy story lines that leave you at the edge of your seat! Each episode ends on a note where you just NEED to know what happens next. That's what keeps you hooked!

If you're worried about having to catch up on previous seasons, stop worrying. So far, the series only has three seasons and they're all available to stream on Netflix. That means you can get through the whole series without feeling overwhelmed by how many episodes you need to get through!

Let's just say that Alec is the eye-candy of the show (because he totally, totally is). He plays a major role in the show and you'll learn all about that with every episode. If he does become your favorite character, then you'll love season three. Things take a turn and the series starts to focus more on him!

6. It Makes You Think

Sci-fi series definitely have the power to make you think. I mean, time-traveling! Is it/will it ever be a thing? Is somebody from the future visiting the past (our 'present') right now? This show will make you think about things like that because similar things happen in it. Would you want time traveling to be a real thing?

So far, there's no word on whether or not Continuum has been renewed for season 4. If you want to help spread the word, use Twitter as a platform! Use the hashtag #RenewContinuum - who knows, maybe it'll help! I know I've definitely got my fingers crossed because I'd love to see more of Kiera and Alec!

Well, there you have it. These are just seven out of many awesome reasons you should start binge-watching Continuum like, NOW. I've actually gotten most of my friends on the bandwagon and they've become obsessed with the show! Will you be adding it to your Netflix list?