When it comes to the steampunk aesthetic I am a sucker for anything associated with this science fiction subgenre, including steampunk themed movies. The term Steampunk was coined in the late 1980s and was popularized with the publication of the book The Difference Engine. Since that time, the phrase has been retroactively applied to many other books and movies that come before its publication, and it continues to be applied to movies and books after its publication. Steampunk has flourished into the most well known of the cyberpunk variants. If you are interested in learning more about this subgenre and seeing the aesthetics in motion, I present you with a list of seven steampunk themed movies. A bit of caution, some descriptions may contain spoilers.

Bomber planes with flapping wings, goggles, and lab coats are everywhere. Sky Captain and the World of Tomorrow is one of many steampunk themed movies with busy, interesting scenery. This movie blends two subpunk ideas: steampunk and dieselpunk. There are also airships, hyper-futuristic inventors, and an impending apocalypse. The movie follows a reporter and a pilot who team up in an effort to stop the destruction and save the world's most famous scientists. The female reporter is pretty cool but Franky takes the cake! Franky embodies those well-loved hero qualities of the cyberpunk genre.

Vampires, werewolves, Frankenstein's monster, and fantastic machinery. Oh, my! The visuals are a feast for your eyes. Van Helsing is a vigilante monster hunter with a little known past. Together with a monk and a princess, the trio is trying to save the Frankenstein monster from being kidnapped by Dracula. The movie is set in an alternate historical realm where fantastical creatures are very real. Steampunk elements are everywhere! Victorian costumes, corsets, and mad scientists. Van Helsing is lots of cheesy, non-stop action fun! 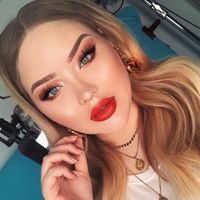 7 Best Full-coverage Foundations to Have You Looking Flawless ... 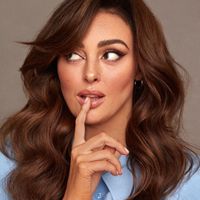 6 Tips for a Stress-Free Thanksgiving ...

3 The League of Extraordinary Gentlemen (2003)

Based on the book 20,000 Leagues Under the Sea and a graphic novel of the same name, The League of Extraordinary Gentlemen follows a group of fantastic misfit hunters in an alternate Victorian age world as they try to save England from a mad scientist. The group, lead by Allan Quatermain includes Dr. Jekyll/Mr. Hyde, Mina Harker, Dorian Gray, Tom Sawyer, and Captain Nemo, and sorta answers the question: what would happen if a few well-known literary characters teamed up to save the world? This movie hits all the steampunk markers: Wild West action meets Victorian age England, fantastic creatures, and wild science experiments that include steam powered animatronics.

Set in Victorian England, this Sherlock Holmes movie is fun, fast-paced, and pretty funny! The story follows the well-known duo Detective Sherlock Holmes and Doctor Watson, as they chase Lord Blackwood. From start to finish, Sherlock Holmes is a fantastic adventure through a steampunk world as the pair try to save England from Blackwood's evil plan. Where should we to start with the steampunk references...corsets, lovely hats, goggles, steam powered machinery, gadgets, inventions, gears...oh, my!

Between the extraordinary technological creations, retro-futuristic weapons and gadgets, steam powered trains, Victorian costumes, and wild west/Victorian era elements, Wild Wild West is replete with steampunk goodness! Heck, this movie has a gigantic mechanical spider! Bad...ass! The story follows Captain James West and U. S. Marshal Artemus Gordon as they pair up and travel all over the west to rescue U. S. President Grant from bad guy General 'Bloodbath' McGrath.

The Golden Compass is set in a parallel universe of alternate Victorian historical age. The story explores ideas of friendship, belief, and destiny - to name a few. Young Lyra is on an adventure to find and save her best friend. She has extraordinary experiences along the way. The Golden Compass has lots of interesting characters and fantastic creatures. Steampunk type props and machinery are everywhere. There is even an airship or two! Not to mention Sam Elliott's fantastically velvet voice.

Hugo is a wonderful, heartwarming movie. An orphaned boy taken in by an alcoholic uncle to live with him in a train station, only to later be abandoned. He's left to fend for himself and avoid being captured and sent to an orphanage. Hugo is a talented boy who is good at fixing things. Trains, steam-powered technology, and gears and clocks are everywhere. Hugo is a steampunk powerhouse! Heck, there is a train station clock and an automaton!

Igor is an assistant to a mad scientist in this movie of the same name. He wants to show the world that he can be a mad scientist, too. Igor is a hunchback we want to love because he has a good heart. He is also ambitious, opinionated, and has a mind of his own! Igor turns the idea of hunchback assistant to the mad scientist on its head because he challenges the notion of Igor as witless assistant. One of his ideas is a doozy and the results are entertaining. Igor explodes with Victorian dress, retro-futuristic inventions, gears, and futuristic technology.

Stardust takes place in a parallel universe...quite literally. Everyone in the story is aware of its existence and is forbidden to enter. Tristan Thorn pursues the location of a fallen star in hopes of proving his love to a girl. Along the way he has lots of fun, action-packed adventures. There is magic in the alternate world and fantastical experiences throughout. The story is set in a Victorian era town with lots of period costumes! Stardust also has witches and murderous princes and a fantastic airship manned by pirates and captained by Robert De Niro. Lots of steampunk fun!

Steampunk is a fun expression of fantastic creativity and imagination. Have you watched any of these movies? What do you think of steampunk? Please, share.

Why is it important to take care of animals ...
What should be the level of sugar ...
Is fire emoji flirting ...
Is diet pop worse than regular pop ...
What herbs for vegetable soup ...
How much sugar can a diabetic have ...
How to take care of vegetable plants in pots ...
How to avoid sugar problem ...
Why are scorpios obsessive ...
How to lower fasting glucose level ...