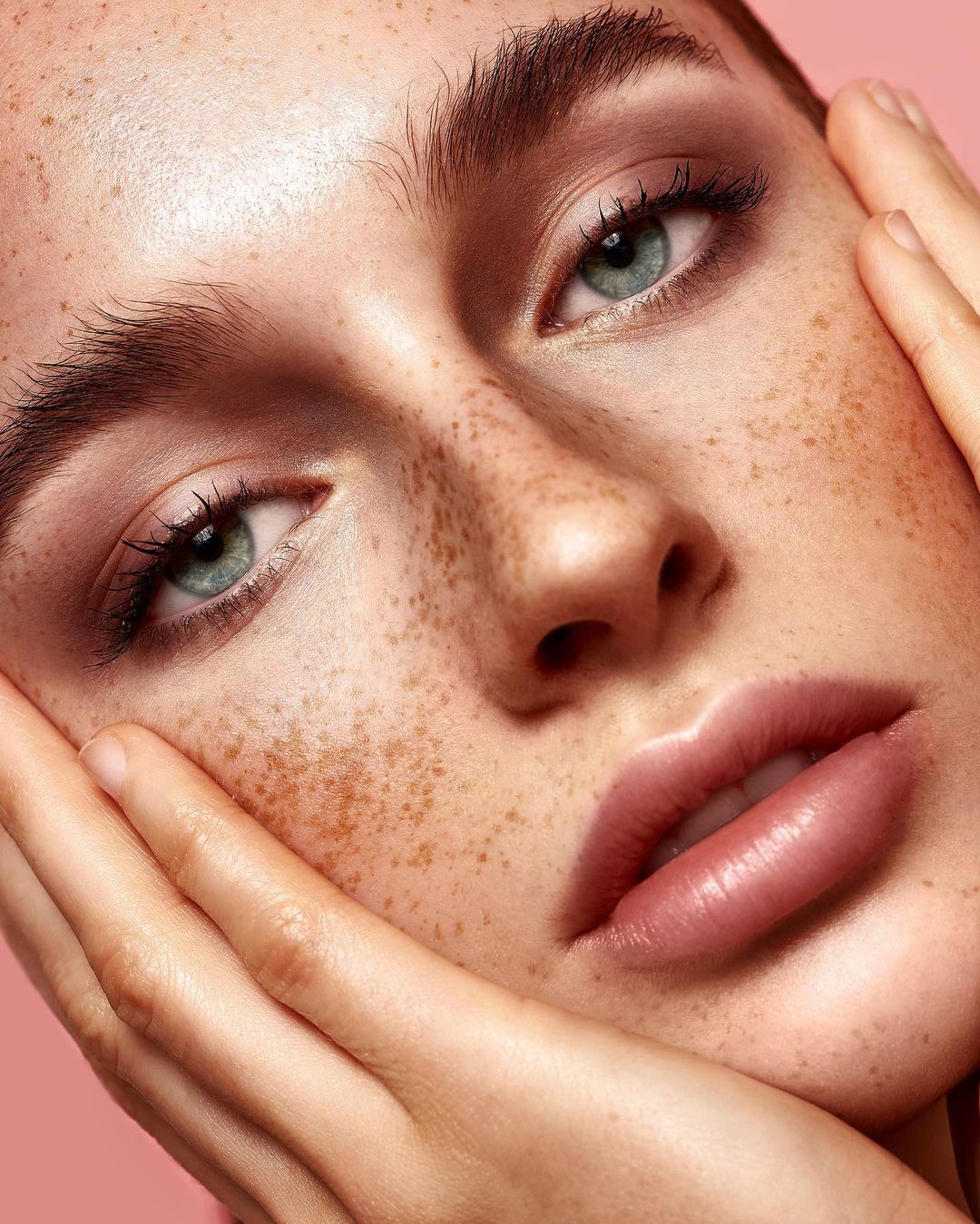 Need some reasons to watch Vikings Uncut? Vikings is the best television series ever to exist. This is a show that once you start following you’re glued. You need to start at season one because each episode is important to follow the storyline. It airs on the History Channel. It’s even better on Amazon Prime because you get uncut, extended episodes. However, Canada and the United States still don’t get the full version that they air in Ireland. Nevertheless, this is a show that you don’t want to miss. It’s worth buying Amazon Prime just so you can watch Vikings. Not convinced yet? Here are twenty reasons to watch Vikings Uncut.

1. Michael Hirst Writes and Directs It All Himself

Anyone who has ever written a novel, play, or screenplay knows how much dedication goes into writing it. Now, imagine writing ten episodes a season each lasting about forty-five minutes long for six seasons so far (season six is being filmed). You do the math. Michael Hirst not only writes until his hand falls off, he writes incredibly damn well and is one of the best screenwriters and directors in the entertainment industry and does it with a modestly sized budget. No easy feat whatsoever. That's just one of the reasons to watch Vikings Uncut.

2. Loosely Based on Real History We Never Studied in School

Unless you attended one of those artsy Waldorf or Steiner schools, you never studied Scandinavian history and Norse mythology. While not all of the scenes are accurate (it’s called improvisation) much of the Vikings television series follows actual historical records of events that happened to the Vikings and those who got in their way.

Your subconscious mind doesn’t know the difference between what’s fake and what’s real. When you see how incredibly in shape the actors are, both male and female, it gets your mind motivated to get up and try some moves of your own. A lot of martial arts and sword fighting is involved in the actors’ training. Why not get motivated yourself? All women deserve and should have strong bodies like Torvi and Lagertha. The high energy impact of the show reminds us all of the great shape we can get into if we work hard.

There were Vikings that were shieldmaidens. Archaeological digs have uncovered women who fought in battle when attacking modern-day England, Ireland, and other countries along with infighting between the Vikings themselves in Scandinavia. The women in Vikings, including Siggy, Aslaug, Torvi, Helga, Judith, Queen Kwenrith, and especially Lagertha, are strong, fiercely brave women, each in their own way. When Michael Hirst wrote in these characters, he created women that could make it on their own, be leaders, and speak up for themselves. While they may have very different morals than we have today (nobody is going around mass killing on a battlefield) the bottom line remains that these kickass ladies teach all viewers that women can think for themselves and be independent.

You have incredibly gifted actors who have been acting for several years, especially Linus Roache, who anyone would be honored to work with. Clive Standen has appeared in numerous television series and brings his best to the battlefield in this series. Some actors are new, and in fact are brand new to the big screen but don’t let that fool you into thinking they’re just okay. Alexander Høgh Andersen of Denmark gives a prodigious performance playing the psychopath, or perhaps greatly misunderstood, Ivar the Boneless.

Let’s admit it, ladies. A lot of us started watching the show because of Travis Fimmel (the hottest bloke on the planet) and Clive Standen (who has abs for days), who start off season one. As seasons go by more incredibly smoking hot guys are added to the list of reasons to watch Vikings including Alexander Ludwig, Jordan Patrick Smith, Jasper Pääkkönen, Margø Ilso, Alexander Hogh Andersen, George Blagden and new to season 5, Jonathan Rhys Meyers (who plays the incredibly sexy, but psychopathic King Henry VIII in The Tudors, another production by Michael Hirst). These are only some of the handsome men involved in the series. Vikings is a smorgasbord of European hotties.

One thing about this show is because the storyline is so interesting and the characters so compelling to watch it makes you wonder who the real Floki was or the real King Ecbert and to look them up. Vikings has lead to a lot of independent research.

There’s a character each and every one of us can relate to, making the series timeless.

9. All Emotions Will Be Stirred

The sign of a truly great writer is someone who can write so that all of their characters make you cringe, laugh, gasp, and cry. Michael Hirst has done that spot on, over and over again. The complexities of his characters, especially Ivar, King Ecbert, Athelstan, and Floki will leave you with very mixed emotions about them, especially Ivar.

Some may say it’s Ragnar Lothbrok that makes this show, but to Floki followers it’s Floki. This seafaring, loveable crazy man (who rocks eyeliner like there’s no tomorrow) effects so many relationships and outcomes that without Floki most of the stories could never happen in the first place. He may be crazy, but you have to love Floki. Why is Floki crazy? What made Floki crazy from before we even met him in the first episode of season one? Well, insanity is on the verge of genius.

No pain no gain is the motto for these Norse people. Men and women sat around repeatedly stabbing themselves to create tattoos across their heads, arms, and faces. Historical evidence, from as far away as Iraq, claims that the Vikings and Norse people were covered in tattoos. The tattoo industry has skyrocketed as people flock to get Vikings ships or even Lagertha tattooed on their arms. The tattoos in the series try to be as realistic as to the types of tattoos the real Vikings had.

The show is called Vikings. Obviously, there is going to be extreme amounts of testosterone. Muscular men in leather with axes and swords, men who fiercely protect their wives (but not so much children all of the time, ahem Björn) and lovers, need I say more?

The cast and crew involved in Vikings have basically adopted all of each other as brother and sister. You’ll never meet a cast and crew ever in the history of television production as close as this group and it’s cute to watch them “grow up together”. Some of the actors (Helga and Torvi) are a family in real life.

Scroll through the comments on Facebook and Instagram and you’ll see people saying they know they are descendants of Rollo, for example, and another saying, “wow! me too!” Thanks to this show so many extended relatives are finding each other.

Vikings has opened the floodgates to curiosity, making people wonder if they too have any Scandinavian blood in them. People have been testing with sites such as Family Tree DNA and ancestry.com and, thanks to Vikings, learning a whole lot about themselves.

Not only are the actors good looking, and not only are they good at learning their lines and giving a compelling performance, but they’re doing it in multiple languages and that is no easy feat. Peter Standin and Jasper Pääkkönen speak Finnish as a first language, Alexander Hogh Andersen and Margø Ilso speak Danish as a first language, Gustav Skarsgård speaks Swedish as a first language and most of their performance is in English. Aside from that the actors are speaking Old Norse, Old English, Latin, and medieval French. It’s wonderful to watch this series just to hear the way languages sounded back in the 800s.

17. The Awesome Hairstyles and Costumes

Costume designer, Joan Bergin, outdoes herself again. Involved in the costume designing of all of the characters, and thousands of extras, Joan Bergin has stitched and cut some of the best costumes in television history. The hairstyles, especially for boys, have gained popularity thanks to this show. Björn as a child has a haircut that has now become popular on boys around the world. The braiding involved in the women’s hair makes you want to check out my article on ways to upgrade your braids. In fact, the hair and makeup department received awards for their work.

Vikings has had more extras for battle scenes than any other production, including Braveheart. The insane amount of training hours that goes into the battle scenes and the bruises and cuts these actors and extras get from these scenes show the passion they have to give us some kick-ass, ax throwing entertainment. We also get a look at the history of the development of weapons which has greatly affected the path mankind has taken throughout the centuries.

Michael Hirst has written his characters and storyline with so many twists and turns that if Vikings could be compared to a ride it’d be a rollercoaster.

The uncut version gives you more steamy scenes, and the luck of the Irish has people in Ireland seeing the most. The Vikings weren’t just marauders, they were also affectionate lovers, and sex wasn’t taboo in their culture.