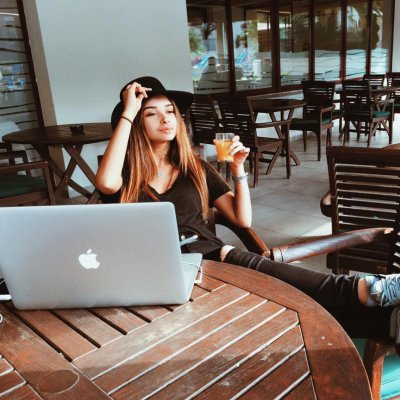 If you haven’t noticed yet, streaming shows are taking over the airwaves lately and most of the shows are even better than what’s on traditional TV. If you’re bored with your usual shows and want to try something different, watch some of the shows on this list!

If you’ve read my articles for a while, you know that The Mindy Project is one of my all-time favorite shows. That’s why I was so happy when Hulu picked it up for 26 episodes this spring. This show is one of the best shows streaming right now, and even though it was great when it was on traditional TV, it’s even better now that it’s on Hulu. If you haven’t checked this show out yet, do so, because you will wonder how you ever lived without it.

Even if you’ve never seen Jane Fonda and Lily Tomlin kill it in 9 to 5, this show is more than worth watching. Although a big selling point for a lot of people is the 9 to 5 reunion, this show is stellar even if you’re not in on all of the nostalgia. After Grace and Frankie find out that their business partner husbands are romantic partners as well, the duo rebuilds their lives together in their shared family beach house, despite the fact that they’ve never gotten along. It sounds like it’d be depressing, but it’s actually hilarious. You’ll be obsessed with this Netflix series immediately.

If you haven’t watched Unbreakable Kimmy Schmidt yet, I can only imagine that you’ve just re-emerged from an apocalypse bunker like Kimmy Schmidt herself. Kimmy is delightful in all of her innocent glory, and the supporting cast (particularly Jane Krakoswki, playing Mrs. Voorhies, and Titus Burgess playing Titus Andromedon) will suck you in for a multi-hour binge watch. Don’t worry, you’re not alone.

Even if you don’t think you know Billy Eichner, you know Billy Eichner. He has a hilarious series that’s bounced around on different networks and online platforms (most recently it’s shown on truTV) called Billy on the Street, and he played Craig in the last few seasons of Parks and Recreation. He’s just as hilarious in this Hulu show alongside Julie Klausner. If you pride yourself on your sarcasm, you will see yourself in these two insane characters.

5 The Hotwives of Las Vegas

While this show has yet to premiere on Hulu, I’m already sure that it’s going to be a huge hit, based on the trailer alone. If you’re a fan of simple, no frills movies that really make you feel something, like Up in the Air, you’ll love this show. It stars Michaela Watkins and Tommy Dewey starring as brother and sister as she goes through a divorce and he’s trying to figure out his own life. I don’t know about you, but even though I love all types of comedy, I’m so excited for a sitcom that’s not necessarily trying to be funny.

Speaking of comedies that aren’t trying to be funny, this series and the movie it was based off of are basically the opposite of that, but that’s why so many people love it. The movie was hilarious, but somehow this series is even funnier in all of the ridiculous back-story and explanations we never understood from the movie, finally unraveled and explained so many years later. If you’ve seen the movie, this is a Netflix series you need to add to your list.

What are your favorite streaming TV shows? Let me know in the comments!