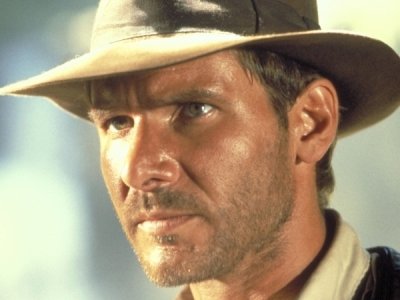 We all love movies of the 80s! They were cutting edge for their time with their “advanced” visuals and special effects. Plus, the stories were mostly all originals. Unlike today’s movie where a lot of them are sequels, book adaptations or remakes, the movies of the 80s were new and different! Here are a few movies of the 80s.

One of my favourite movies of the 80s, Amadeus is a biography of the world renowned composer Wolfgang Amadeus Mozart (quite the name). What makes this movie different than usual biographies is that it’s told from the perspective of Antonio Salieri – a rival of Mozart. Envious of Mozart’s undisputed talent, Salieri makes no attempt in making his rival look good but does acknowledge the marvelous talent of Mozart.

Return of the Jedi is the third movie in a series of 6 movies. Although, it was released third it’s actually the 6th and last part of the movie. Make sense? Let me try to further clarify... the first three movies released in the franchise are actually the last three parts in the story of Star Wars. Therefore, the last 3 movies released actually tell the beginning of Star Wars. However, when you watch these films it’s best to watch them in the order they are released, not in the chronological order of the story line.

Any movie that features Robert De Niro already has my attention! This Golden Globe nominated movie tells the story of New York gangsters from childhood to adulthood and everything in between, like Prohibition. Although this is a crime flick there are tender moments during the film that break away from the stereotype of New York gangsters.

Aliens is a two time Oscar winning film as well as a sequel to the 1979 movie Alien. Aliens is directed by James Cameron and is about the lead character Ellen Ripley (played by Sigourney Weaver) returning to the planet where she first encountered aliens.

The Shining is one of the most iconic horror stories of all time! Starring Jack Nicholson, The Shining is about a family who are winter caretakers for a deserted hotel. The son is telepathic and can see the gory past of the hotel as well as the frightening future for his family if they continue to reside there. Furthermore, the father slowly becomes increasingly influenced by the ghosts that haunt the hotel, causing him to lose his sanity.

Possibly the most popular movie to come out of the 80s, Back to the Future bout a teenage boy who mistakenly travels back in time with the now infamous “time travelling DeLorean”. Once in the past, Marty McFly (what a name...) has to ensure that his teenage parents meet and fall in love with one another. If Marty fails he cannot return to the future and will cease to exist.

Those darn Nazis always trying to snatch up what isn’t theirs! Thank goodness for Indiana Jones who is recruited by the US Government to recover an ancient artifact, the Ark of the Covenant, before the Nazis get their hands on it! This classic movie of the 80s won 5 Oscars and is an iconic movie even today!