9 Sensational Queen Latifah Movies Worth Watching over and over ... 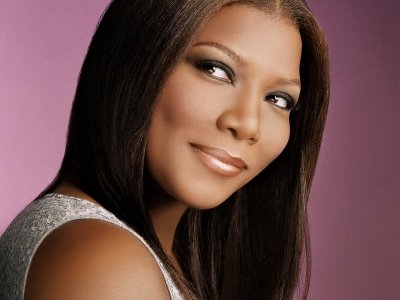 Queen Latifah movies are among my favorites, because this woman really is royalty. She is a goddess. Gorgeous, funny, able to move seamlessly between drama and comedy, perfectly skilled at finding the balance between family-friendly laughs and risque humor … I kind of aspire to be like the Queen. Most of her movies are comedies, true, but that doesn't matter – she's a funny lady! If you haven't yet seen these Queen Latifah movies, I bet you'll soon be watching them over and over again.

1 Bringing down the House

This is without question one of my favorite Queen Latifah movies. I know it looks like it would be cheesy, and while it has its moments, it's actually quite profound. Steve Martin is a perfect foil for Latifah's Charlene, and the film exposes racial stereotypes rather well. Charlene herself is a breath of fresh air, and I'm sorry, but I thought the burgeoning romance between her character and Eugene Levy's was just the best. She got his heart all tangled up in the game, y'all!

2 The Secret Life of Bees

This movie is so touching, and it's a fantastic story. Seeing Dakota Fanning spread her wings alongside actresses like Queen Latifah, Jennifer Hudson, and Sophie Okonedo was marvelous – and did you see Alicia Keys in this?! But Latifah's August really got to me. She's a wonderful mothering figure, striking the perfect balance between being stern and being loving. I wouldn't trade my mom for the world, but I kind of wish the Queen was my sister.

Reprising the role she played in the Barber Shop films (which is why I didn't include those here – my girl gets center stage! Plus I'm planning an ode to Ice Cube soon), this was just a pure delight. It's also full of surprise casting choices, not just the obvious standouts like Alfre Woodard, Della Reese, and Kevin Bacon. Did you catch a glimpse of Kimora Lee Simmons? Comedienne Adele Givens? How about the gorgeous Octavia Spencer, from The Help? But Queen was the star, no doubt.

Heather loves this movie. I found it more or less okay, until I watched it for the sixth or seventh time. I mean, even I can't resist the temptation that is LL Cool J. As always, however, the Queen brings her enthusiasm and exuberance to even the most predictable role, turning it into something fresh and unexpected. Doesn't she make you want to treat your hotel staff like friends?

Being an enormous fan of John Waters, and thus something of a Hairspray purist, I did not expect to like this movie. However, it turns out that I also can't resist the lure of Zac Efron, Christopher Walken, or the sight of John Travolta in drag. All that being said, I thought casting Queen Latifah as Motormouth Maybelle was the absolute perfect choice. I like to think that, if given the opportunity, John Waters would have done the same.

I did not expect to like the remake of Steel Magnolias either, because I believe that Olympia Dukakis and Shirley MacLaine are perfection that can never be improved upon … although Phylicia Rashad and Alfre Woodard proved me slightly wrong (does anyone else think Phylicia Rashad is still as gorgeous as she was during the Cosby show era?). I like Sally Field a lot, but I actually enjoyed Queen Latifah as M'Lynn quite a bit more. She just seemed to feel it without the force, do you know what I mean?

There is not a thing I don't love about this decadent, gorgeous film, from the cast to the costumes to the soundtrack. Catherine Zeta-Jones and Renee Zellweger were both highlights for me, but the Queen as Matron Mama Morton was it. She made the movie for me, just because she steals every scene she's in, without fail. And again, that exuberance – you just can't love a movie where she's determined to shine!

I know, I know, I know. This is an awful movie – but Queen Latifah is excellent in it. Aunt ShaNeequa is a play on The Oracle, which is hilarious; married to Morpheus, played by the fabulous Eddie Griffin, she's even better. It's the mockery of that video tape in The Ring that leaves me laughing my ass off, though – she beats that woman down! “I – I saw that comin'!”

The Bone Collector is a fantastic movie on its own, rounded out by a stellar cast. Don't get all caught up in Denzel and Angelina, though. Playing Lincoln Rhyme's nurse, Thelma is an anchor, much needed by Lincoln, especially as the main case continues on. I won't ruin anything for you, just make sure you enjoy Latifah's character while you can.

Queen Latifah is sort of just the bee's knees. She makes me laugh so much that even her cornier films are constantly on my to-watch list. Do you enjoy watching her movies? Let me know about your favorites!