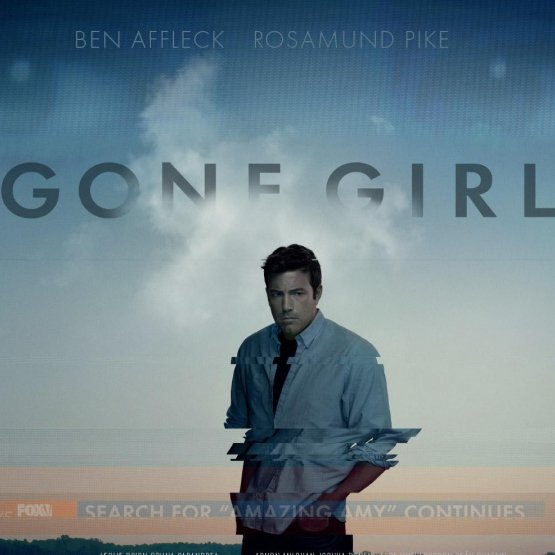 Gone Girl was a super thrilling movie directed by David Fincher. The story follows a man, Nick Dunne who reports that his wife, Amy is missing. After investigation, the police finds out that Nick has been lying. Now the question everyone wants the answer to is, ‘Did Nick kill his wife?’ The movie offered brilliant performances, big twists, and a captivating plot. If you want to watch more movies like the Gone Girl that offer the same thrill and mind-boggling twists, look no further. Let’s take a look at some of the best thrilling movies.

Girl on the Train is based on Paula Hawkins’ bestselling novel. Shattered by her recent divorce, Rachel spends most of her time drinking and obsessing over a couple who live in a house that her train passes every day on her way back from work. One day she sees something awful happen in the house and becomes entangled in a murder.

Memento is directed and written by the brilliant Christopher Nolan. It follows a man, Lenoard who suffers from short term memory loss and is trying to look for the person he thinks killed his wife. He finds interesting ways to solve the mystery of her wife’s murder. A complicated movie with an exceptional story. A classic movie any thriller fan will enjoy.

Basic instinct is a super stylish ‘90s thriller surrounding the murder of a famous nightclub owner. When a detective with a troubled past is assigned to the case, things take a wild turn. He finds out that the murder has been copied from a novel written by Catherine Tramell, who was looking after the nightclub when the murder took place. A very interesting movie that will keep your eyes glued to the screen until the very end.

The original movie is Swedish which was released in 2009. This is an English remake which matches up to the original with great performances. It is in fact better in some ways, for example, the cinematography is excellent.

Shutter Island starring Leonardo DiCaprio, Emily Mortimer, and Mark Ruffalo is a movie set in the 1950s where a US Marshal investigates the disappearance of a missing patient, Rachel. The movie is based on a book with the same title but Martin Scorsese somehow managed to make it even better with his beautiful direction. One of the best psychological thrillers and a movie you will need to watch multiple times to understand. An absolute must-watch for all thriller fans.

A gone girl fan will love this thrilling and chilling movie directed by David Fincher who also directed Gone girl. It is based on the novel written by Robert Graysmith. The movie is set in the early 1970s and follows an amateur detective formerly a cartoonist who becomes obsessed with hunting down a serial killer known as the 'zodiac killer' in San Francisco who taunts the police with his puzzling messages.

Gone Baby Gone is based on the 1998 book by Dennis Lehane. It is directed by Ben Affleck marking his directorial debut. He also co-wrote the screenplay. The story follows a four-year-old girl, Amanda McCready who is kidnapped from her house. The police investigate but are not successful in solving the case. Beatrice McCready, the kidnapped girl’s aunt hires two private detectives, Angie Gennaro (Michelle Monaghan) and Patrick Kenzie (Casey Affleck) to investigate the case. They come close to solving it but are faced with a moral dilemma.

A perfect murder stars Gwyneth Paltrow, Michael Douglas, and Viggo Mortensen. Steven Taylor is a millionaire industrialist who has everything except the love of his wife. When he finds out that she has been cheating on him, he plans to murder her and inherit her large trust fund. The movie is really good with a lot of twists to keep you entertained.

The movie stars Morgan Freeman and Brad Pitt as detectives that are investigating the murders committed by a psychopath serial killer. This is another brilliant movie directed by David Fincher. It is without a doubt a classic and a must-watch.

“Things you own end up owning you.” Yep. That famous quote is from this movie! You would probably have heard the catchphrases and dialogues from this movie before you even watched it. Fight club is a brilliant movie with stars like Edward Norton and Brad Pitt who make the movie a must-watch. This is a movie you can watch multiple times and still not get bored. Actually, you might have to watch it quite a few times to understand the small details. I’m not going to give out any spoilers but I will say that the ending will leave you speechless and amazed. It’s a smartly made movie which keeps you guessing till the very end, and no matter what your guess is, it will blow your mind.

Side effects is an amazing movie directed by Steven Soderbergh. The movie follows Emily (Rooney Mara), a troubled young woman who is married to Martin (Channing Tatum). Martin was imprisoned for insider trading and after four years of imprisonment has been recently released. Emily suffers from severe depression. To go through the pain, she starts taking a new drug called Ablixa. After taking the drug, she seems more confident but experiences a lot of side effects. A perfect portrayal of depression and the pressure it puts on the human mind.

Jake Gyllenhaal is a pilot who wakes up in a different man’s body who died in a train explosion. He is a part of a secret experimental government program to find the identity of the person who caused the explosion, but he realizes he doesn’t have enough time to investigate this. A thrilling movie that will keep you on your toes.

These are amazing movies like the Gone Girl with brilliant plots that will give you the perfect dose of thrill. Which movie sounds most thrilling?