7 Best Alien Movies That Are out of This World ... 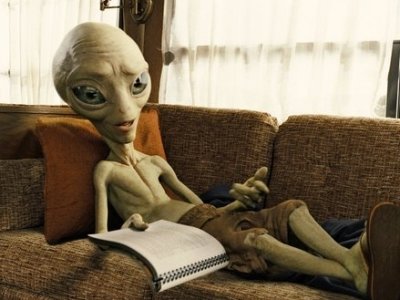 I love a good alien movie and I would like to share some of what I believe are the best alien movies that are out of this world. It seems we have long been fascinated by the possibility of not being alone and we would be arrogant to assume that there aren't other life forms out there. But what do they look like? Are they hostile? And why is it that all the pictures make them out to be grey creatures with huge almond shaped eyes and spindly fingers? Whilst I cogitate these philosophical questions for the millionth time, here are some of the best alien movies.

Ok, I've been a bit cheeky and surreptitiously shoe-horned two movies in one go here but please bear with me. These are two of my all time favorite alien movies and you may be wondering why I didn't include the other titles in the franchise in this list. Well, to be brutally honest, I didn't feel as though they matched their predecessors and Aliens was one of the rare occasions where the sequel actually tops the first. Sigourney is sensational and the sense of claustrophobia created by the outer space setting adds to the eeriness. These are just two of the best alien movies.

2 The War of the Worlds

This Spielberg movie from 2005, starring Tom Cruise and Dakota fanning, scared the living daylights out of me. With those H.G Wells' inspired alien tripods and their propensity to suck blood and then spray it everywhere, it truly was a terrifying movie. The tripod design was actually based on Wells' original description from his book and the heat rays at the ends of the arms as well as the red weed, were all part of Wells's remarkable vision all those years ago. I love the original book which was published in 1898 and since then, it has spawned several films, radio dramas, comic books, video games and a TV series. In short, it has inspired generations of alien invasion enthusiasts.

I had to throw in a little alien comedy for good measure! There aren't many alien comedies out there but who better to pen an amusing alien movie than the Pegg/Frost duo themselves. When two British comic book enthusiasts are traveling across America, they stumble across an alien outside Area 51. Well, where else! Pegg and Frost were inspired by a little trip they took when they did a little research for the film and although they didn't come across any aliens on their travels, they did make a stop at the Little A'le'inn, where they met some of the locals and a chatty waitress.

I liked this movie with its Blair Witch-esque found footage theme. Like most movies which rely on the power of the imagination, it's what you can't see which is ultimately more terrifying and the shaky camera often divides audiences, as it can be a little discombobulating at times. This movie revolves around a monster attack and is a simple enough story, but what is interesting about it is the way in which the sub plot is revealed, with bits and pieces of video which have been previously recorded slowly being revealed to the audience. It's a clever little touch and the film received favorable reviews on its release in 2008.

This one has to be THE ultimate alien movie. I can't believe it's thirty two years old! It's a heart warming tale of an extraterrestrial who just wants to get home. And who can blame him. This Spielberg movie won four oscars along with about a billion or so other accolades and it's no wonder. There's so much that is good about it and it's a movie for all ages. They just don't make movies like this any more!

I love 80's Arnie movies and this one is no exception. When a team of commandos are sent on a mission to a Central American jungle, they find themselves battling against a force that is not of this planet. The jungle setting makes this movie all the more tense and if you want to know a fun fact, the actor inside the predator costume is the very same man inside the Bigfoot costume in "Harry and the Hendersons". That guy must be a real hoot at fancy dress parties! The movie has spawned a number of sequels and collaborative projects where Predator meets Aliens etc., but the original alien in the jungle will always be my favorite.

7 Close Encounters of the Third Kind

If you're a fan of the IT Crowd (a very funny British TV comedy series) and you've seen this 1977 classic, you'll appreciate the moment where Chris O'Dowd's character tries to make sense of his girlfriend's bizarre and incomprehensible story about her family dying in a fire at a water park, by fashioning a model of the scene from mashed potato. I'm digressing slightly but it's a clever nod to this fabulous Steven Spielberg cinematic triumph in which Richard Dreyfuss too becomes obsessed with an isolated area in the wilderness and is convinced that something tremendous is about to happen there. He's not wrong!

The alien theme has long fascinated writers and filmmakers alike and I'm sure there are many fascinating directorial interpretations in the pipeline in the years to come. These are just a few of my favorite alien movies, which are yours?