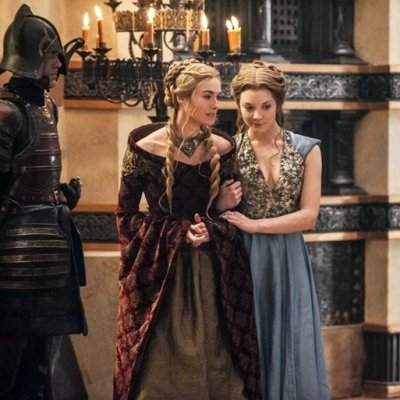 Even though it may seem hard to believe, I must tell you that there are quite a few career lessons from Game of Thrones that you should pay attention to. There are a lot of reasons to watch this wonderful show, which is a bit violent maybe, but is still one filled with rich characters and swordplay, the entire action taking place in a very complex and intricate fantasy realm which managed to capture the imagination of millions of fans worldwide. If you look closely, you will notice that you can learn a few lessons from it that you can apply in the real world. Here are a few important career lessons from Game of Thrones that you should consider:

1. Always Work on Improving Yourself

One of the most important career lessons from Game of Thrones that you can learn is to always try to work on improving yourself. Let’s take, for example, King Robert Baratheon, who fell victim to complacency. He let himself go, he began eating and drinking, he lost his focus and he took his eyes off the prize. As a result, his employees plotted on him and his kingdom devolved into chaos.

2. Your Network is the Best Way to Land a Job

Try to always remember that your network is the best way to land a job, even your dream job. Let’s take Tyrion, for example, who landed a prime job as Hand of the King and as Master of Coin due to his Lannister ties. Also, Littlefinger used his connections at court to get sent to the Vale, so knowing the right people will always open doors for you.

3. Burning Your Network is a Terrible Idea

Burning your network is always a terrible idea. It's just like in the case of Cersei, who ends up running the country for a time. Because she always had the tendency to cut people off and to shut them out, her behavior won her a ticket to a small cell.

A good mentor will help you find new abilities and discover amazing things about yourself, things you didn’t even think you were capable of. Let’s take for example Bran, who ends up with a couple of mentors who help him progress significantly. If you don’t have a mentor yet, then maybe you should consider finding one.

If you’re a leader, always try to assemble a good team. In this case, Daenarys always struggles with how to lead and which decision to make. She often doesn’t know whose advice to follow, so it’s always important to have a good team, one that you can rely on, who will not betray you and who will help you reach all your goals.

6. Sometimes Only You Know Best

There are times when only you know what’s best for you. Sometimes you just have to listen to your gut and make the right decision. Let’s take again the example of Daenarys, who tricked a slaver into taking her dragon for his army and then he was simply burned to a crisp. You could say that it was just a standard bait and switch.

7. Learn How to Minimize Your Weaknesses

It’s always good to know how to minimize your weaknesses and how to maximize your strengths. Let’s take for example Tyrion, who is often looked down upon because of the way he looks but who always uses his superior intellect to conquer his opponents. He outsmarts people, he forms various alliances and he often charms people who underestimated him.