We Wish These Cult Classics Were Still on TV ... 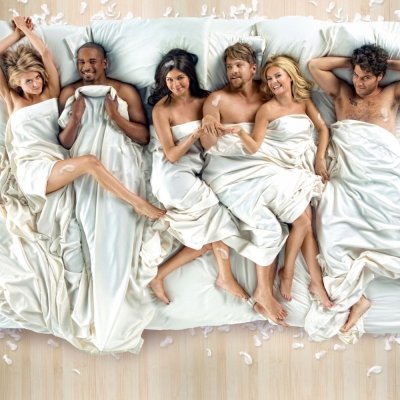 If you’ve watched even one episode of Happy Endings, I know you are also still bitter over its cancellation. It’s one of the more recent cult classic TV shows, but it seems like everywhere you look, someone is still upset over it. Happy Endings was today’s answer to Friends, just a little more outlandish. Sure, everyone on the cast is now on their own shows, but I think I speak for everyone when I say that we would rather Happy Endings had gone on for ten more seasons.

BFF only lasted about five episodes on NBC, and while many loved it, the ratings didn’t reflect that. It starred Lennon Parham and Jessica St. Clair, who later created and starred in a new show on USA, Playing House, which is now on the brink of cancellation as well. Why can’t these women just stay on our TVs forever?

When you think of cult classic TV shows that were cancelled too soon, there is no doubt that you don’t immediately think of Freaks and Geeks. Especially since it ended up on Netflix, and an entire new audience was introduced to it, it seems like all anyone wants is a Freaks and Geeks reunion, and can you blame them, really?

At the beginning of this series, it seemed like it was well on its way to becoming the next Glee. That didn’t happen, however, and it was cancelled a few years later. That being said, there are still so many people aching for more musical theatre on television, and just want a few more episodes of this show!

It was pretty obvious that The Carrie Diaries was going to be cancelled. The season two finale did a pretty good job of tying up loose ends. That being said, no one wanted it to end! It introduced an entire new generation to Carrie Bradshaw, and the entire Sex and the City franchise in general, and we were all patiently waiting for Charlotte and Miranda to be introduced as well! If you’re a fan of both shows, you can’t help but feel cheated!

Okay, so Community is not technically canceled anymore, considering Yahoo picked it up for another season, however, it was canceled by NBC. After years of living on the bubble, fans of this cult classic were devastated when NBC gave it the axe. Thankfully, though, Yahoo was quick to pick it up, and it will be on our computer screens again soon enough!

7 How I Met Your Dad

We never even got to see this show, however, there was enough hype around it that it was cancelled too soon.. Still, though, I’m bitter about it being canceled. I’m almost as bitter about the fact that this show never even made it through pilot season as I am about the series finale of its predecessor, How I Met Your Mother. How I Met Your Dad was set to star Greta Gerwig, Anders Holm, and so many other stars, and it’s such a shame we’ll never see it on our televisions!

What shows are you upset got canceled? Let me know in the comments!