8 Most Anticipated Blockbusters for 2012 Everyones Got to See ... 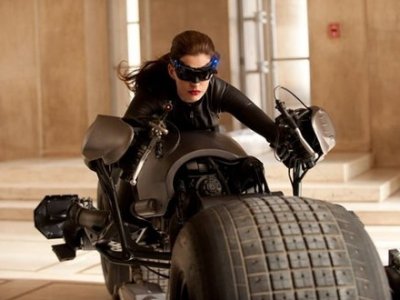 The blockbusters for 2012 incorporate almost every genre you could ever imagine, so don’t judge this list as the end-all, be-all. Every list of the year’s biggest blockbuster films will be different, but if I do say so myself, I’ve got some pretty awesome flicks on my list. I want to hear about all the movies you’re most anticipating, too; take a look at these popular movies for 2012 and then tell me what you can’t wait to see!

Scheduled to come out in June of this year, this is one of the most highly anticipated blockbusters for 2012, for several reasons. The series of morbid plays on classic novels is still as popular as ever, and currently the world is crazy about zombies, werewolves, and vampires – oh my! Abraham Lincoln: Vampire Killer features the president as a vampire killer on his way to the White House. What a Renaissance Man!

2 The Hobbit: an Unexpected Journey

Just me? Can’t be. However, this really is the big blockbuster for 2012 to which I’m most looking forward. Harry Potter left me bereft, but I am so excited to get to go back to LOTR-land, which I fell in love with first, to be fair. I’ve been following the pitfalls and trials of filming for The Hobbit forever, and I’m really glad to see it’s finally headed for a December release. I actually think it’s awesome that the story is in two parts, but then, I’m one of those nerdchic girls who adored the length of the three LOTR films. Anyway, a lot of the trilogy’s cast appears in this one, with Ian McKellan as Gandalf (yes!), Martin Freeman as young Bilbo, and Elijah Wood as Frodo (yes, yes, yes!). There’s also Orlando Bloom, Christopher Lee, Cate Blanchett, Hugo Weaving, and Andy Serkis, along with a host of new actors, like Stephen Fry and Evangeline Lilly. So excited!!

Looking for an unconventional heroine, a princess that little girls and grown women alike can be proud to admire? Brave is making big waves for a number of reasons. In fact, Princess Merida is thus Pixar’s first and only female lead. She lives in Scotland in the 10th century, and from what I’ve seen, the feisty redhead has archery skills to rival Robin Hood.

The Spider-Man redo tops most everyone’s list of blockbusters for 2012 because a. superheroes are frequently awesome, and b., they want to see how it stacks up to the last three. Now, I’m a huge Tobey Maguire fan, but I still want to see this. Part of that eagerness can be attributed to Emma Stone, but Andrew Garfield seems pretty psyched to play Spidey, and that can bode well.

Speaking of superheroes, this film stars a lot of them, which is a big reason it’s considered a big blockbuster for 2012. Joss Whedon co-wrote the film and he’s directing it. Set to drop in May, it features Thor, Captain America, and Iron Man. Robert Downey, Jr.’s Iron Man, man. You’ll also see The Incredible Hulk, played by Mark Ruffalo, Samuel L. Jackson (need I say more?) as Nick Fury, and Miss Scarlett Johansson reprises her role as Black Widow. I saw the previews for this recently, and I’ve got to say, I’m excited, too!

Speaking even further of superheroes, we’ve got Batman on the horizon! July 20, as a matter of fact, you’ll be able to see Tom Hardy as Bane and Anne Hathaway as Catwoman, and finally the debate will end in regard to just what this movie will be like. I’m on the fence about this one although there’s no question I’ll see it. Besides, a host of other really great actors fill out the cast, and I can’t pass up Batman, no matter who’s playing him at the time.

If you liked The Bourne Identity and The Bourne Ultimatum, then … actually, I don’t know how you’ll feel about this one. Actually, it’s gotten some pretty regret early reviews, considering that Matt Damon doesn’t return as Jason Bourne. Instead, the film stars Jeremy Renner, along with Albert Finney, the marvelous, severely underrated Edward Norton, and Rachel Weisz.

Okay, I confess; I’m probably not going to see this. However, I won’t deny that it resides right at the top of a lot of people’s lists for the biggest blockbusters for 2012. I absolutely respect that. Y’all let me gush about The Hobbit, I’ve got some Cullen goodness for you. Things will finally come together in terms of Renesmee, the Volturi, and everyone else involved. And hey, you know, Jasper is hot, so that’s cool.