20 Netflix Originals You Should Stream to Entertain Yourself ... 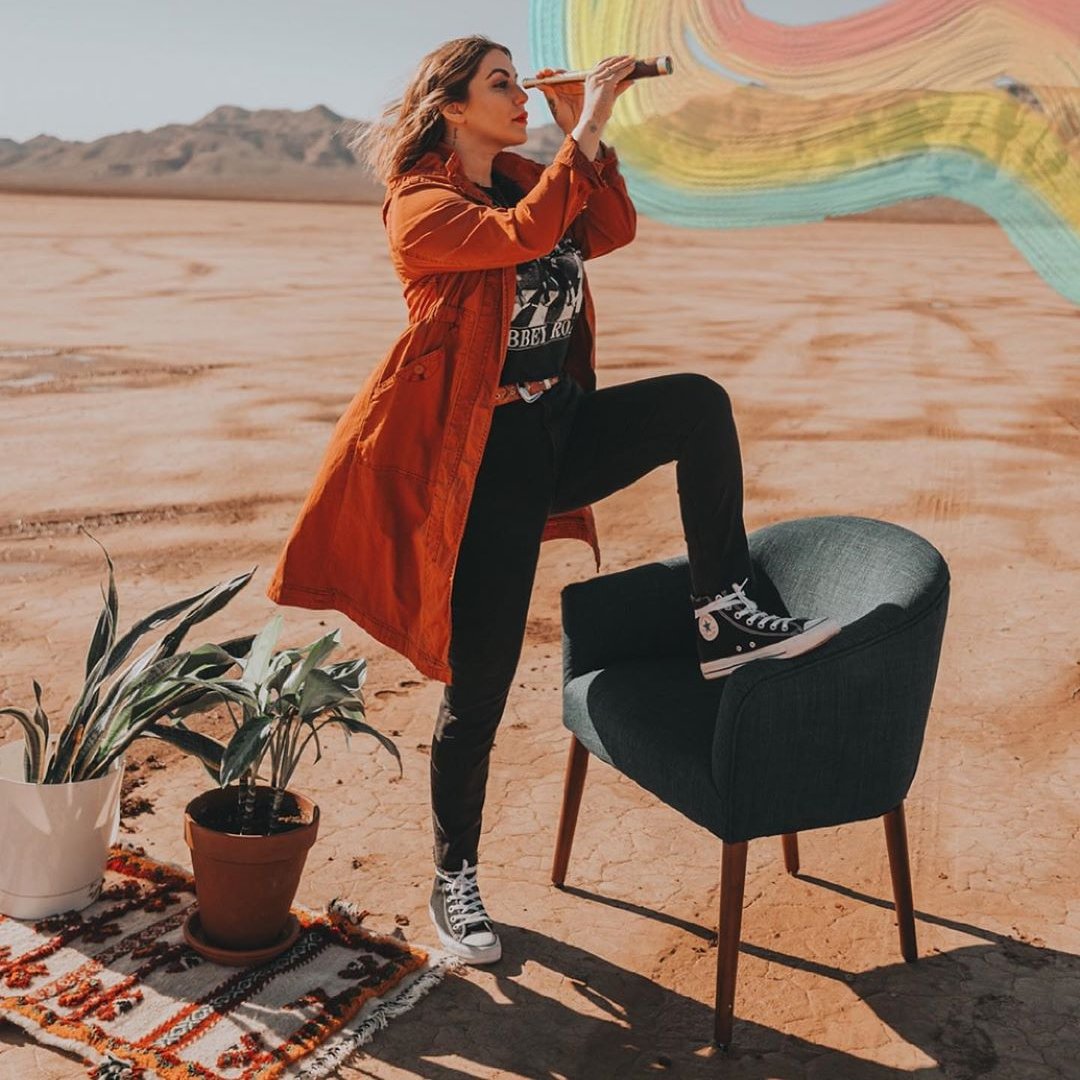 With Netflix it's easy to find something new to binge watch. This list by seventeen.com (in no particular order) will give you some fab suggestions on what to watch. No matter what shows your into, I guarantee Netflix will not disappoint! And if anything, you can always try something new! It just might surprise you how much you like a new genre or show type. 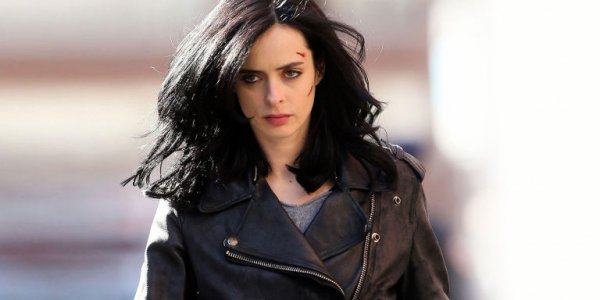 She's an ass-kicking superhero fighting against a man who is attempting to control her every move. It's a fierce, feminist tale with surprising twists and turns, and with a female friendship at its core that will make it not only badass, but relatable. More like this, please, Marvel! 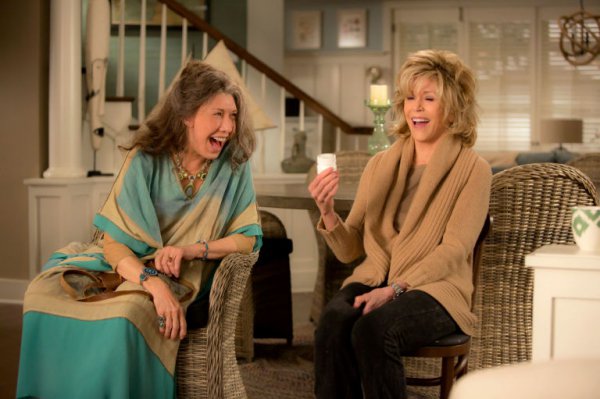 Lily Tomlin and Jane Fonda star in this odd-couple comedy that's basically #RetirementGoals. If you don't want to be these two women when you grow up, I don't want to know you. I mean, they're starting a sex toy company in their 70s. Respect. 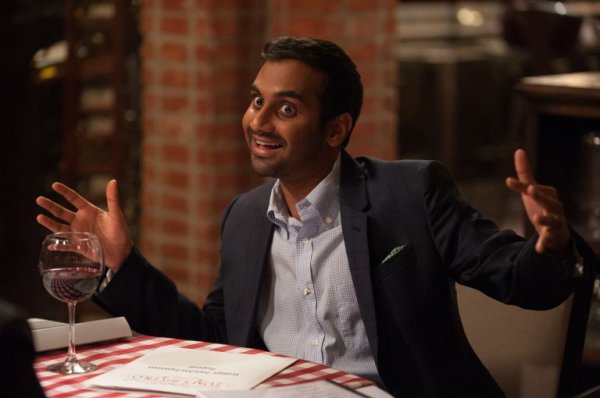 Aziz Ansari's comedy about a young-ish man trying to make it as an actor and find love in the streets of Brooklyn. It's not only (often) hilarious; it also tackles pressing social issues, including an excellent episode about what it's like to be a woman walking alone at night. The Selena Gomez-produced YA novel adaptation about a teenage girl who dies by suicide is intense. It's a well-made, complicated, and ultimately heartbreaking look at what happens to too many young girls in a society that doesn't value them. 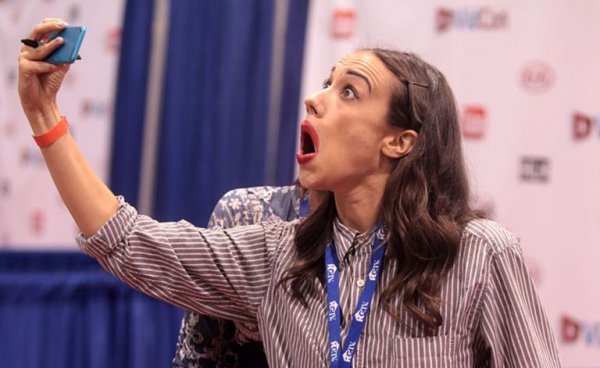 This underappreciated show is a love song to the annoying theater kid — you know, the kind that earnestly bursts into selections from "Rent" without reason or provocation — inside all of us. A hilarious and frustrating watch, Miranda shows all of us what it's really like when you'll do anything for fame but have no talent to back it up.

6 A Series of Unfortunate Events 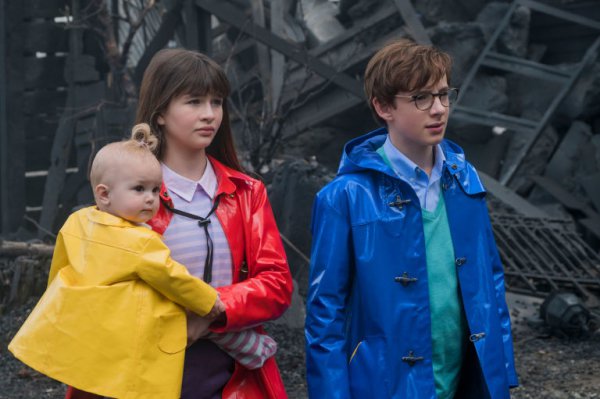 After their parents die in a fire, the three Baudelaire children are forced to live with Count Olaf, a distant relative and world-class lunatic. Netflix did an amazing job translating the Lemony Snicket books to the streaming screen; it's a fantastical, immersive world that's easy to spend an entire day bingeing. Plus, Neil Patrick Harris's performance as Count Olaf is the reason the term "tour de farce" was invented. 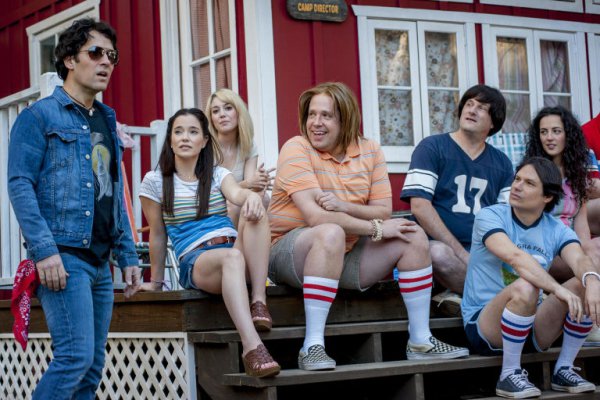 It's the first day at Camp Firewood, and all our favorite campers and camp counselors are meeting each other for the first time. You have to watch the original Wet Hot American Summer movie first — and you really should, it's comedy at its dumbest best — but then you can enjoy this ~journey to the past~. 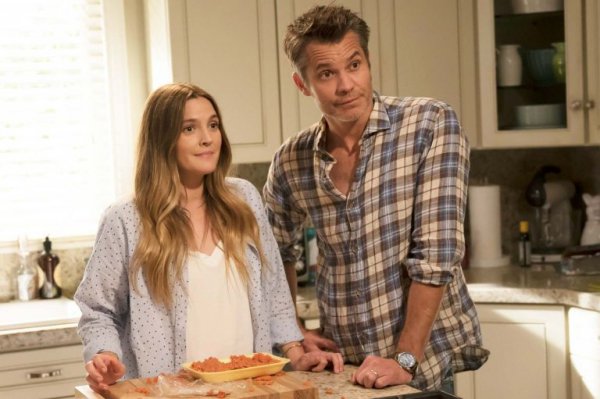 A comedy about cannibalism! Who'd a thunk! Drew Barrymore plays a suburban mom who turns into a zombie and then has to kill things to stay alive-ish. It's actually pretty interesting commentary on what happens when "moms" stop being polite and start getting real. And also eating people. 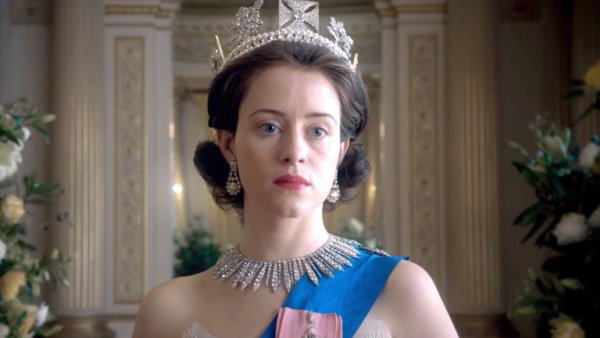 This biographical drama about the early reign of Queen Elizabeth II is filled with more gorgeous, rich costumes, sets, and scenery than you can shake a corgi at. It's a bit slow, but who wants for riveting plot when you can covet all of Elizabeth's dresses?! 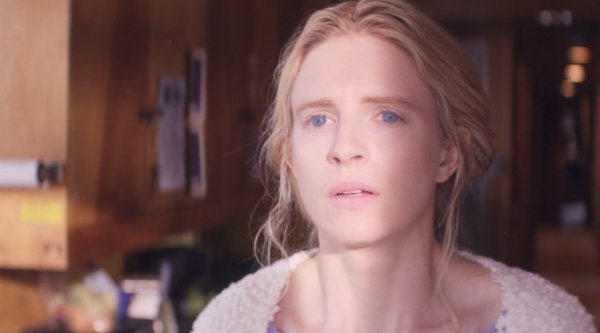 If you're in the mood for something that's spooky, weird, disquieting, and altogether freaky, might I suggest this mystery drama with science-fiction, supernatural, and fantasy elements? It's a hodgepodge of creepiness and is best watched with another person, so you can process each bizarre episode together. 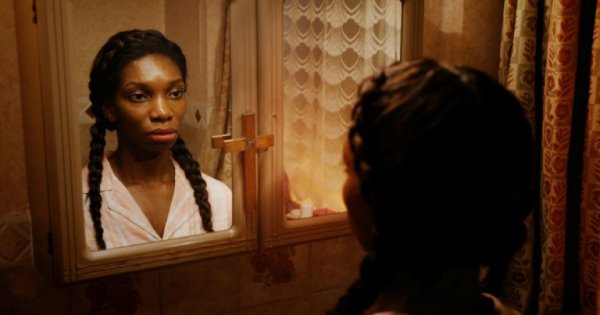 One of the best comedies of the year, this U.K. import about a wacky weirdo trying to lose her virginity is filled with the most hilarious and fascinating characters I've seen on TV in a long time. Plus, the theme song is the ultimate ear worm and will make you want to get your wiggle on. 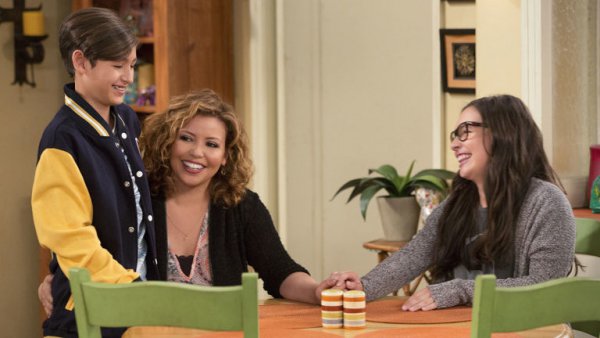 This reboot of Norman Lear's classic sitcom is just delightful! Funny, smart, inclusive, and touching, this is a great show to watch with your family. If your heart is not warmed when you're done with this show, you should check yourself into the coroner's office because baby, you're dead on the inside! 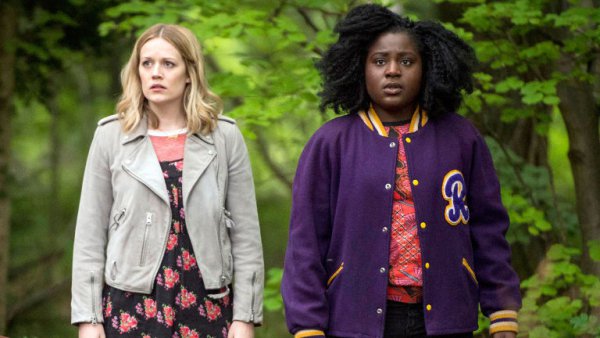 This British comedy-horror series about two girls fighting off the undead is excellent and badass. It'll make you want to do some extra squats at the gym so you can start hunting crazyheads. 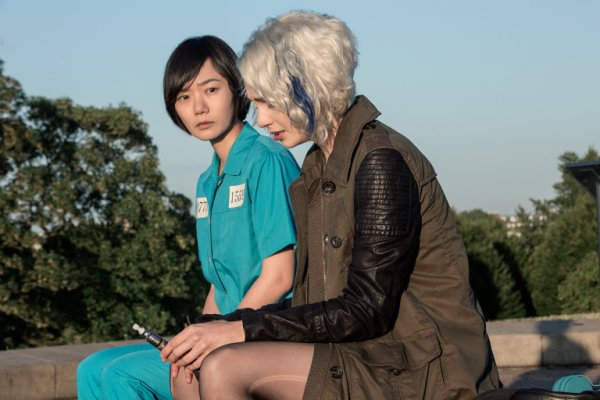 Eight strangers around the globe find themselves ~mysteriously~ connected in this science-fiction drama from Lana and Lilly Wachowski, the creators of The Matrix. I can say no more! Just watch! 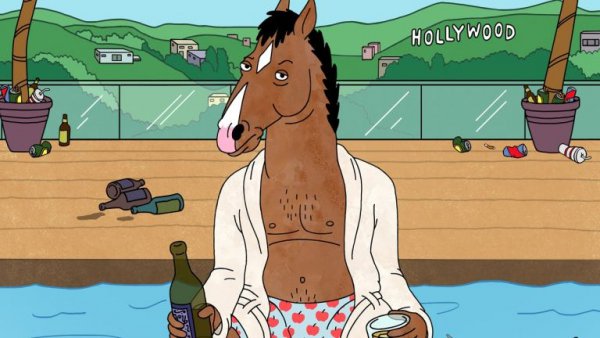 Will Arnett plays a horse actor in this dark comedy about what a depressing mess showbiz is. It's funny and great, but maybe don't watch a ton of episodes back-to-back because you'll get bummed about what a crappy world we live in. Yay, today's comedies! They are so funny! And also often pretty sad! 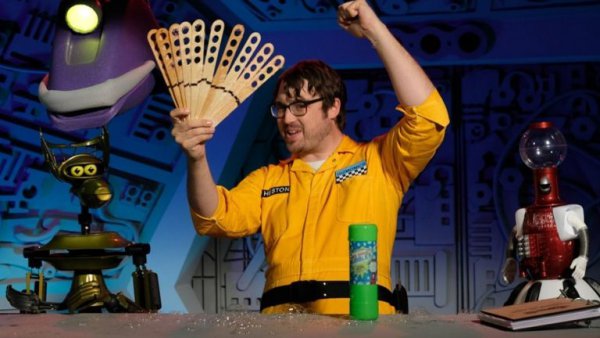 It's like watching crappy B-movies with your funniest friends. 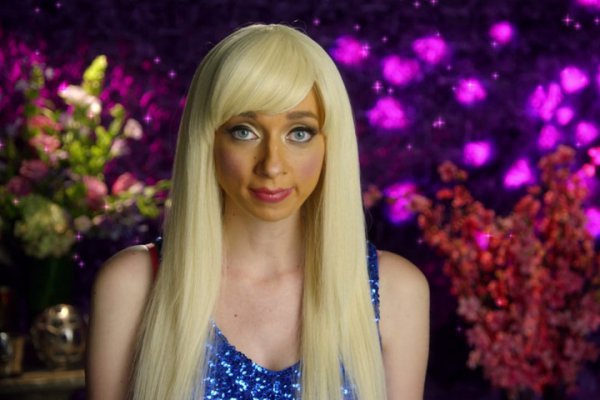 This hit-or-miss show starring different up-and-coming comedians doing different characters is a romp. While they're not all amazing, there's enough good stuff to keep you laughing. 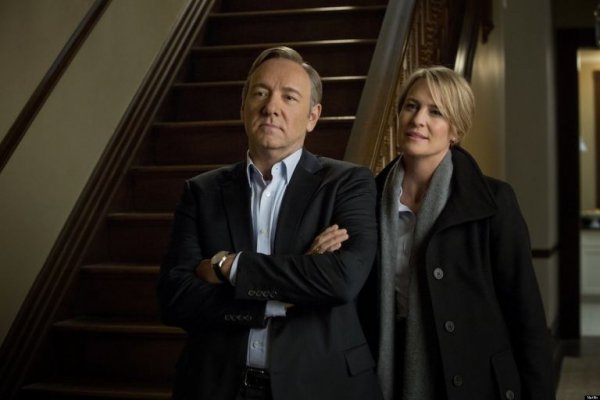 If you like serious political dramas and Kevin Spacey looking straight in your eyes and sending shivers down your spine, buckle up for this hit show about how terrible politics are. It's a nice break from the doom and gloom of our everyday life! 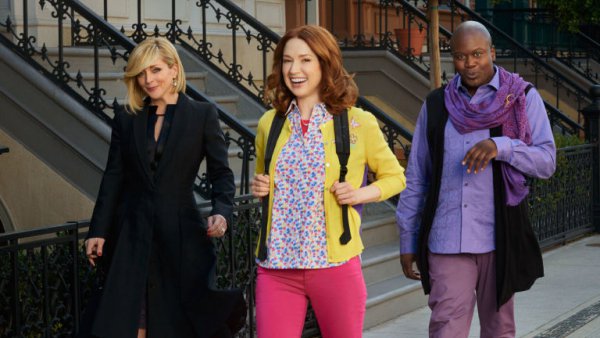 This show about a young woman who spent 15 years of her life underground after being kidnapped by a maniacal fake preacher is very funny! From Tina Fey and Robert Carlock, the show fills the place in your heart that 30 Rock ripped out when it went off the air. Plus, Titus's voice is canned beauty, and you're going to want every piece of Kimmy's wardrobe even though she looks like a Keebler Elf made love to a rainbow.

20 Orange is the New Black 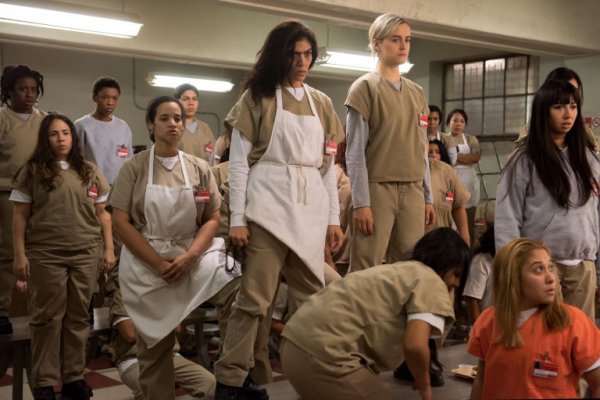 One of the streaming giant's indisputable first hits, this show about the women of Litchfield penitentiary is funny, dark, upsetting, and zany. It is all of those words in one disturbingly fascinating little package and features some of the most sensational performances from women on TV. More inclusion in television please, Hollywood! It works!