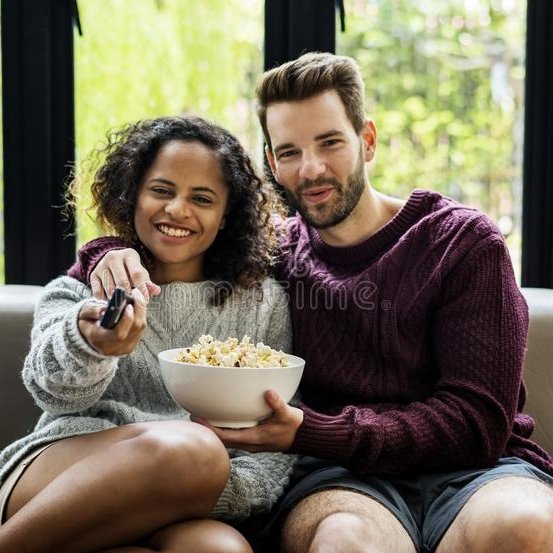 Date night used to be quite the outing. Getting all glammed up for dinner, dancing, a movie, anything was possible. Nowadays, date night consists of some sweats, a couch, and Netflix. Now the only question is, what to watch? Here’s a list of movies perfect for your Netflix and chill night.

A classic rom-com for new age couples about two New York assistants trying to set up their bosses in order to get more time in their personal lives.

A documentary about the Russian doping scandal during the Winter Olympics. Even if you don’t follow the Olympics, this is an intriguing story that will shock you about steroid use in the Olympics.

A movie about a couture dress designer and the relationship he has with his muse.

An action movie for him and Chris Hemsworth for her, this superhero movie entails the god of thunder trying to save his people from Ragnorak.

5. Murder on the Orient Express

A murder mystery movie based on Agatha Christie’s novel, with an all-star cast that will have you and your partner guessing “Who’d done it?”

A 12-year-old boy named Cole is left at home with a hot babysitter who just so happens to me in a demonic cult. And on the itinerary . . . sacrificing virgins. And it looks like Cole might be next.

From the director of the Oceans serious, comes a heist movie about siblings who believe they are cursed with bad luck and decide to change their luck by robbing a NASCAR race track.

A raunchy comedy about nuns who are greeted by a handsome, young visitor that has these ladies howling and ready to strike, leaving this convent anything but quiet.

A Wes Andersen film about two twelve-year-old runaways in love, with their entire town and family trying to locate them before a big storm hits their small island.

An Edgar Wright film, with a great soundtrack, Baby Driver is about a teenage boy who is a professional getaway driver who listens to music as he drives, to drown out the hum in his ears. However, Baby wants out after he meets the girl of his dreams and makes this last score the drive of his life.

The story of the 2008 financial crisis and “the financiers who saw the crash coming and made money off of it.”

A movie about finding one’s purpose after becoming lost, chef Carl Casper finds himself unmoored after quitting his life in L.A. and moves back home to Miami, where he, along with his ex-wife, friend and son, start a food truck together.

Best friends and coworkers, Kate and Luke are drinking buddies. And these buddies decide to go on vacation together with their significant others, even though its clear that there’s something between them. Add tight corners and mixed feelings, and you have a recipe for complicated.

A romantic comedy that starts like any other. Boy meets girl, boy falls for girl, then boy and girl begin dating. However, problems arise when a boy, Kumail, is pressured by his Pakistani parents to marry a Pakistani girl. Girl, Emily, falls ill and is placed in a coma and Kumail finds himself bonding with Emily’s parents while struggling to get along with his own.

A mockumentary about ancient vampires trying to keep up with an ever-changing world while cohabitating in a flat together. The only difference between us and them is that we’re what they need to survive.

A psychological thriller about a family that moves into a Colorado hotel in the middle of winter, that raises more questions than it answers. Note to self: this movie is not meant to be viewed alone.

A French film about a waitress, who through anonymous acts of kindness, brightens the lives of others. And through these acts of kindness, Amelie discovers a world of possibilities. Though the film is in French, it is bound to still move you.

Thanks to refinery 29 for this inspiration.